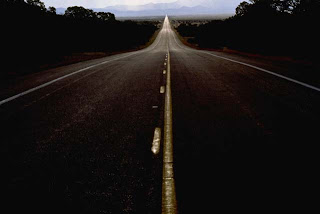 (By Awna Texaira/Po' Girl)
Where's your home
When life's spent on the road?
Where you gonna hide your eyes
When your heart's come undone?

What's done is done
No matter what's been said
It's something, how much it takes
When your friends are far away

How can you tell
Where the road ever ends?
She'll wrap her arms around you
As you drive all night

(By Joni Mitchell)
I am on a lonely road and I am traveling
Looking for something, what can it be?

Alive, alive, I want to get up and jive
I want to wreck my stockings in some juke box dive.

I want to talk to you, I want to shampoo you
I want to renew you again and again

Applause, applause - life is our cause
When I think of your kisses, my mind see-saws

Do you see how you hurt me baby?
So I hurt you too
Then we both get so blue

I am on a lonely road and I am traveling
Looking for the key to set me free.

Oh the jealousy, the greed is the unraveling
And it undoes all the joy that could be

I want to have fun, I want to shine like the sun
I want to be the one that you want to see

I want to make you feel free 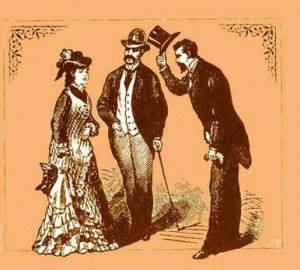 My life has been nomadic, characterized by self-reinvention and tenuous group connections. All my life, I've tried on lifestyles like costumes, found all of them rather ill-fitting and eventually moved on to the next one.
What this history does socially is leave a trail of wildly various friends, family and acquaintances located all across the country and even around the globe.

I feel real affection and regard for a group of people who have never met one another, whose ages range from 0 to 85, whose politics, desires and outlooks span the spectrum.

So for me, Facebook is a blessing. When I log on, there they all are, as different as snowflakes and seeming to be right in my neighborhood, no matter where they are really.

I can come home after a long day, log onto FB and it is like being at a wonderful, eclectic, interesting party -- even though such a party could never really exist.

So my lifestyle allows me to have a special appreciation for Facebook. I admit, I'm sometimes baffled by how others use it, but their ways have allowed me to recognize how mine is different and to think about why that is.

Your Facebook "wall," or homepage always has a line of ads up the side that are triggered by your comments and conversations. Clearly, FB is a database of public conversations that allows the host to sell ad space by claiming the ads can be targeted. The more "applications" you authorize to access your account, the more advertisers can target their ads to you.

Generally, I ignore ads if at all possible. I find it easy to ignore visual ads, more difficult to ignore animated ones, and impossible to ignore audio ones. Just because I can't ignore them, however, doesn't mean I am persuaded to buy/partake/vote for whatever is being advertised. Quite the opposite, actually.

Today, I noticed that politics were dominating the ads of my "wall," politics that bear no relationship whatsoever to my own political views.

This makes me realize that I don't often express my "real" opinions on Facebook.

That's not because I don't have opinions; I most definitely do.

But because of the situation I described above, because of the wide variety of people there, and because I care about them all, I stay with neutral, humorous or basic-human topics on Facebook.

FB is about making connections, not alienating people. So I follow a certain self-designed etiquette when using it:
What do you think? What etiquette do you follow?
Posted by Indie at 1:01 PM 21 comments: