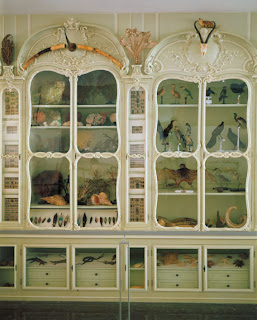 One of the many cabinets of curiosities are Bonnier de la Mosson at the Bibliotèque centrale du Muséum national d'Histoire naturelle in Paris. I want to go there someday.
In all the years since the kids and I wandered through the exhibit called "Strecker's Cabinet" at Baylor University's Mayborn Museum, I have been fascinated with cabinets of curiosity.

In fact, if you've ever been in my home, you will not be surprised to find that I decorated it inspired by this image of a cabinet of curiosity, of the natural-history variety: 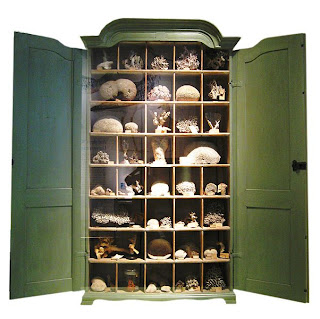 Cabinets of curiosity are just collections of odd things, artfully arranged. They were popular in the Victorian period, so sometimes when you see them, they have a decidedly steampunk flavor. Which is all in vogue right now, as it turns out. 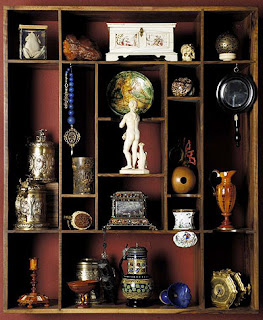 Each artifact in these wondrous collections has a tale, no doubt. Each yellowed photograph, each shrunken head, each mystifying contraption tells a story about the wonders of our world, stories that resonated with the original collector, and probably died with him as well, leaving behind even more mysteries. 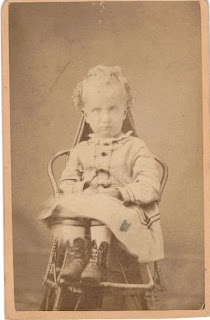 Imagine a collection of strange photos of children, each shadowy image of unsmiling childhood holding a world of mystery. 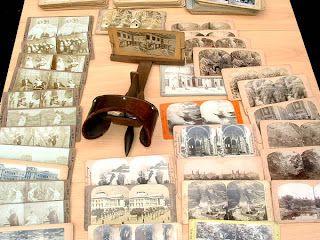 Imagine a dreamy writer getting hold of a handful of these odd photographs and laying them out like a deck of cards.

Suddenly a story comes to him, full force, start to finish, replete with plot, climax and dialogue. and not just a scene but a whole story.

That's how I imagine Miss Peregrine's Home for Peculiar Children coming into being, and from what I read in the back of the book, I'm not far off from the truth. 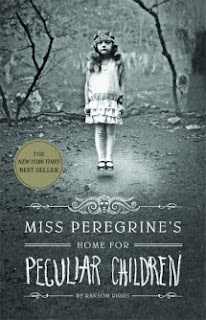 What an imaginative story, interesting, surprising and original from the start and becoming more so the more pages you turn.

"What next?" you wonder when you finish it, and you devour every word in the author's acknowledgments, in case another tidbit of the story might be located there.

As it turns out, more tidbits are located there: that the strange photos that punctuate the narrative are real, that those photos, combined with some stories of childhood escapes from Nazi-occupied Poland have inspired this story.

This is an extraordinary first novel, which has not even gone into paperback form yet and already the movie rights have already been sold.

Let me reiterate a point I made in a previous post: if you want a good story, I suggest shopping in the Young Adult Fiction section.

Still a Few Drops in the Well (I Hope) 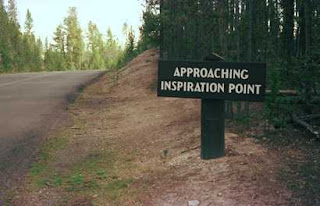 After watching and listening to 9/11 stories on PBS and NPR for a week, I feel almost guilty to be publishing a non-9/11 post on this day, 10 years after nearly 3,000 people died in a terrorist attack. It's because my own 9/11 story is small and utterly insignificant; I comforted a little crew of children in a tiny rural elementary school in California as we waited for more news. I answered questions, even though I was confused myself. Hardly noteworthy, although like everyone I know, I remember the exact moment I heard the news for the first time.

No, instead I'm here to talk about unfinished writings and a well of inspiration that has become harder to access.

There are no fewer than five unposted posts, still waiting to be edited into publishable form.

Why haven't I posted them? Because they're just too... what? Personal? Revealing? It seems that our thoughts and meanderings are just not always publishable, able to be made public, unless we're political minded (I'm not) or some quirky do-it-yourself-er with a million ideas to share.

But why is it so hard to share lately?

Awhile back, I ran into a guy I see more often on Facebook than in real life, and he said with a sneer, "Your life is an open book." To be fair, this guy is someone with a sneering delivery in general, so it's tough to tell when he's actually sneering.

But it seemed to me his sneer implied that I'm some tiresome oversharer in the vein of this middle-aged returning student I once knew in college who used to simultaneously bore and horrify young students by regaling them with detailed accounts of her hysterectomy.

I ran into another guy recently who critiqued my life for being lived more on Facebook than in the here and now. Of course I have a full and imaginative life outside my time online, but maybe he's right that I spend too much time at the computer, not enough time interacting face-to-face. I do indeed wish I saw my friends more and especially my granddaughter.

When did imbalance of time happen? It was a side effect of grad school, being stranded in front of a computer for months on end researching and trying to write a thesis and dozens of other papers. In those dark times, being able to flip over to Facebook and say hi to friends, ask for quick advice, read about their lives in small manageable pieces, then I felt less alone and isolated.

Of course, the social network is incredibly useful. I'm lucky to have tons of analytical friends who would happily engage with helping me ponder some point in my thesis at 2 a.m. and honestly I don't think I could have survived that last semester without them, accessible only through the medium of Facebook.

The value of the social network can't be underestimated. In fact, that same guy who offered his critiques is unable at the moment to find a job or a girlfriend, in spite of his considerable employability and datability. He might find both if he would just expand his social network. (And yes, I know, the social network extends far beyond social networking sites.)

All this is leading up to a link I want to share, about blogging inspiration running dry and how to rekindle creativity. It's on a blog called Write to Done.

It made me think of the Bitten Apple, so hard for me to update lately, when I find all my own posts so uninteresting, whether they're book reviews, opinions, rants or memoirs. I''m sick of my own thoughts, finding them as tedious as someone else's hysterectomy stories. But I'm going to try to tap into the inspiration again, I promise.
Posted by Indie at 2:38 PM 3 comments: